The Fault In Our Stars Movie 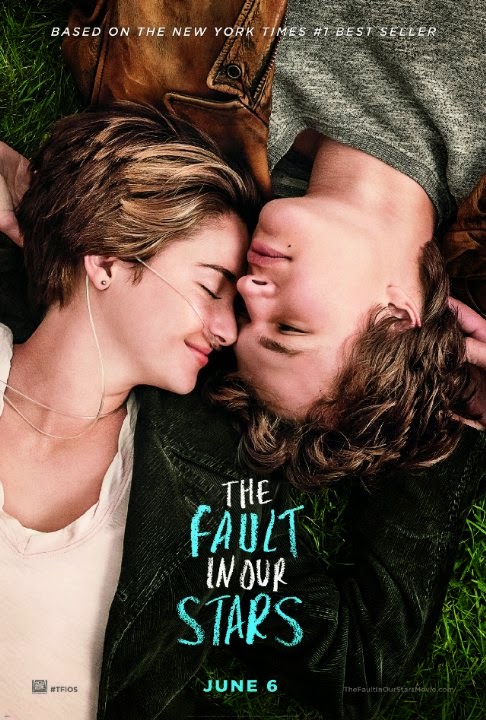 I just watched TFIOS with my friend last night (because I couldn't watch it last week) and I thought that it was a fantastic adaptation to the book. There were so many lines and quotes from John Green's novel and I smiled every time I heard it:) For the first half of the movie, I was laughing so hard but for the second part, I was bawling! I really liked the chemistry between both Augustus and Hazel and how you can see that they both really love each other. Everything in the movie was spot on and the events that they left out were so little it didn't even matter. There was nothing I did not like and there wasn't anything I wished they had added in because I was just happy they adapted the movie so well (and all of the producers and directors and script writers need to realize that if it is really close to the book, then it will succeed)! If you haven't watched the movie yet, I suggest you do because it was so heart stopping and worth going to the movies for.
SPOILERS:
Please do not continue reading until you have seen the movie:)
I really loved the part when they were throwing eggs at Monica's car and Hazel was worried of getting in trouble. She says, "Hey Gus, maybe we should do this when it gets darker." and Augustus says, "No, its fine. It's always dark to Isaac." I laughed so hard when he said that:D I thought it was really great how humorous Augustus can be when he knows he's dying and it broke my heart when he called Hazel to come get him at the gas station. He was retching, begging her not to call anyone.
The eulogy scene is what got me the most (my friend was laughing at me for crying so hard). Both Isaac and Hazel's eulogy were so sad:( Augustus was sitting there listening while they talk about him like he was already gone:( It was so like the book I felt like they were taking the words and putting it on a screen (which was what they were actually doing...).
Overall, I loved the movie. It portrayed the importance of love and making moments while you can.  To make the most out of everything because you never know what life if going to throw at you.
Shailene Woodley, Ansel Elgort, and Nat Wolff were amazing actors, they couldn't have chosen any better:)
Labels: Augustus Waters Gus Hazel and Augustus Hazel and Gus Hazel Grace John Green Movie Review TFIOS The Fault In Our Stars YA Young Adult

An avid reader on the east coast of the United States! I am a grad student who tries to make as much time as I can to read; it's my happy place :) Email: b00khav3nblog@gmail.com Twitter: @_BookHaven Instagram: @_caitlins_corner_